Beverly Hills turned 100 years old in 2014. One of the key accomplishments achieved in celebration of this momentous occasion was the recreation of the lily pond in Beverly Gardens Park in front of the famous Beverly Hills sign.

Originally built in 1907, the lily pond served as an early Beverly Hills landmark and one of the first major features of Beverly Gardens Park.  In the mid-1970s the lily pond was removed and the site was replaced with grass.  However, the Beverly Hills sign remained and over the next few decades, it remained a landmark of the city and continued to draw thousands of tourists each year for the quintessential travel photo. City officials and community historians wanted to restore the former beauty of the landmark and after a year of construction, the lily pond was unveiled at the start of the city’s Centennial year.

The new lily pond, a tranquil pool that spans nearly an entire city block, is in bloom much of the year with flowers on display from spring to autumn.

Beverly Gardens Park is free and open to the public. The park spans nearly two miles long along Santa Monica Blvd. from North Doheny Drive to Wilshire Blvd. The Beverly Hills sign and lily pond can be found on the city block between North Canon Drive and North Beverly Drive. 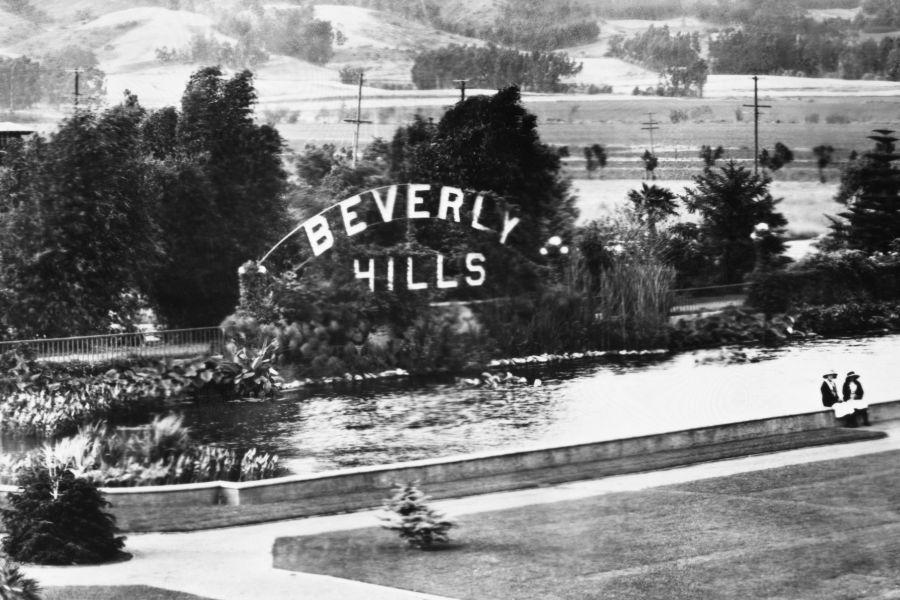 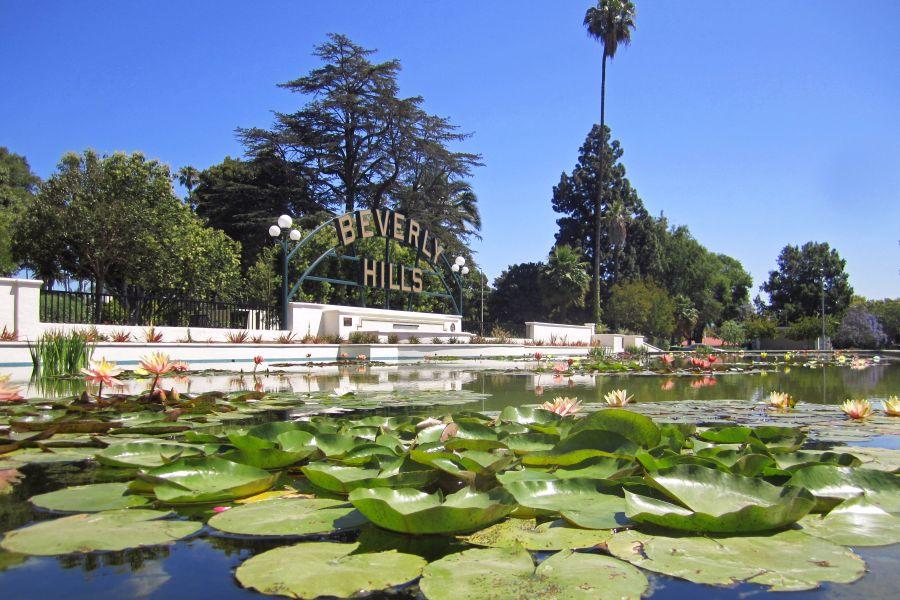 Thank you for requesting a Visitor’s Guide!

Your submission has been received and a Guide will be sent to you shortly.